Seeing so many old, new, and remote friends at ACPT last weekend was amazing, and hopefully you all know how great it was to see you already, because I am not even going to try and list you all.  It was also exhausting, and some of us were making truly terrible decisions, like waking up at 3am Friday morning to clue a puzzle until 6am; staying up until 2:30am Saturday morning and ordering McDonalds to the hotel on Uber Eats; and closing down the lobby at 3am Sunday when Puzzle 7 starts at 9.  NO RAGRETS

Clean puzzles 1-4 & 6-7, and got nearly all of puzzle 5 done.  Saw that I had 9 minutes left with just one corner to go---"Great, plenty of time!"  Suddenly it was over and I'd made no additional progress.  I might even have taken a correct entry out?  If I'd managed to finish puzzle 5, I think I'd have beaten my very nice placement of 69th in 2018---still my only ever perfect record.  But still ended up at 79th place, around the same relative ranking as my 119th from 2019, so a great result and I'm happy.

Proud of this goofy crassword puzzle I left on the ACPT giveaway table.  It's a theme I'd been thinking about for months, and I figured it would only make any sense to diehard crossword fans, so ACPT was a great motivator to get it done.  The paper copies had Just Try It on the front as a totally new puzzle, and a bonus puzzle on the back: either Cutting Corners, a tricky Thursday-ish puzzle posted last August, or Let's Roll, a light Tuesday-ish puzzle with a theme that makes me smile from August 2020.  Please free to pick multiple poisons, and tell me about it here or on Twitter @hero_complex

This crassword puzzle has been rated PG-13 for strong language, solver discretion is advised.

I'll do a post later and put up a file for the puzzle that I just left on the freebie table in the lobby--but for now, just a quick post to wish everybody luck this weekend. If you liked the freebie puzzle, leave a comment below to say hi, or shoot me a message on Twitter at @hero_complex !
at April 01, 2022 2 comments:

Been sitting on this puzzle for a little bit——it wasn't quite scooped last year, but there may have been a very related puzzle published on the exact day that I finished cluing it, so I shelved it for a bit.  It was always really just a different take on similar ideas, and it's now been over a year, so I'm calling it——this puzzle is cleansed. 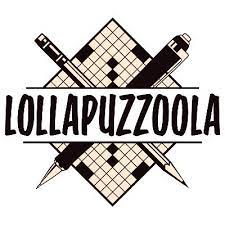 Hope everyone who competed today at Lollapuzzoola had a blast.  It's always great hanging out with crossworld people, and celebrating (digital) puzzles.  Seems a particularly good day to post this one—but FYI, it *is* a bit tougher!

A double-post for Pride!

First up, super proud of last Tuesday's Universal Crossword, "Symbolism," which you can currently still solve on the Universal interface by clicking on the little calendar button and selecting June 22, or via .puz.  I got really excited by the theme, which is kind of an inside joke for regular crossword solvers, so I'm really happy that it could be part of #UniversalXwordPride and that people seemed to like it.

After this year's virtual ACPT, there was a fun queer crossword meet-up for puzzle people to hang out and play some games.  Welllllll, one of those games may have turned into a full-blown (meta)puzzle collab from me, David Gold, and Z---and this is Z's debut puzzle! 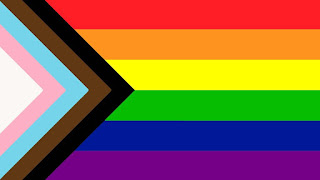 Quick little meta built in, feel free to brag to us here or on Twitter when you have it, and to suggest other fun themers. Happy solving and happy Pride!

This one was included in the fantastic ACPT Virtual Table organized by Rachel Fabi and Nate Cardin a few weeks ago, but I'm finally putting up an actual post for it! 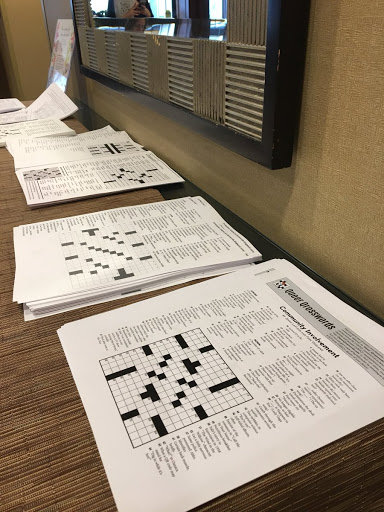 I want to go to there

At Lollapuzzoolla back in 20...17(!?), I overheard Sam Ezersky talking about a 15-letter entry he wanted to debut in a puzzle.  He meant it for a themeless grid, but I immediately assumed it was going to be a flashy theme revealer and started brainstorming possible themers with and/or at him.  I didn't end up shamelessly stealing his 15, but Sam was super nice about talking through the theme a bit along the way. 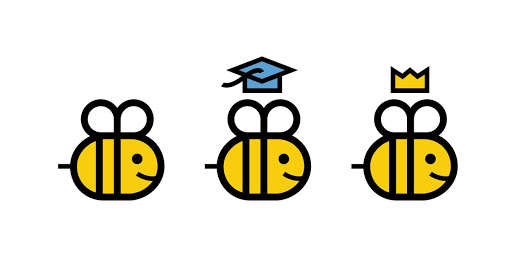 Back then I hadn't actually made any puzzles yet, and this was a pretty tough theme to tackle as a newbie, so it ended up getting backburnered while I figured out the basics.  Finally circled back around to it for real last year, and got a few rounds of really helpful feedback on various drafts from some friends and editors.  I'm really happy to have followed through and really proud of the final version---it is definitely my trickiest puzzle so far.

If you give it a solve, let me know over on Twitter to help relieve my crippling insecurities.  Hope it's a fun one!

Note: For anyone with potentially delicate sensibilities, this puzzle qualifies as a crassword!

Publishing puzzles two months in a row---take that, impostor syndrome!

Uh, wait, where did this image come from?

Randomly started thinking how terrible a theme idea this would be, and mentioned the only entry I'd been able to come up so far to Lily Geller, assuming it would just be a one-off joke. Then she came up with another one and made the idea actually seem plausible. So, when you realize what the theme is, please jot down your complaints and pop them in the mail to Lily Geller at 4 Privet Drive, Natick, MA 01760.

What does this even have to do with---ohhhh, that's terrible.

We had a lot of fun trying to come up with possible themers, but because of  constraints in the concept, it's a pretty narrow set, with some non-symmetrical orphans that just didn't seem to fit.  And since the concept really lives or dies based on whether the themers eventually click and give that "aha!" moment, we felt like we had to be strict on what was allowed, which ruled out a bunch of others.  I definitely love the final themer set, but the list of rejected entries also has some absolute gold. If only there was a good way to share them... 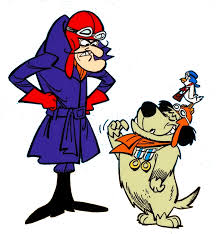 Thanks to Lily for brainstorming and vetting many, many iterations of the grid, as always, and to Brett Rose, Rob Becker, and Monica Iyer for a ton of good test-solving feedback.  It was especially hard to guess from inside the construction what would and wouldn't click with this one, so the theme and some cluing angles very much benefited from the extra tightening.  I also outright stole a couple clue ideas, no regerts. 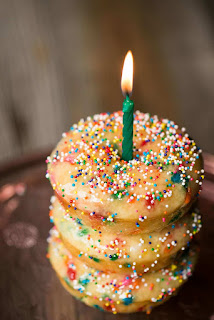 I would also like to make clear that I am NOT above emotional manipulation.  Please solve this for my birthday and let me know what you think.  Come on people, I wanna see at least one "OMG" and one disappointed "David." by the end of the day! 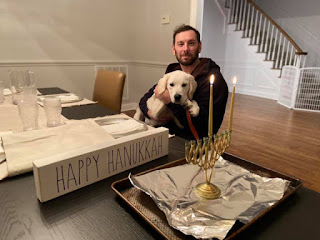 You wouldn't want to disappoint this good bubbeleh, would you?

*yawn* I was just resting my eyes after that August post, did I miss anything important?

Oof, been a while since I posted anything---just lucky that I don't have any subscribers to be disappointed in me. I think between pandemic and the election all of my fun productivity energy got emptied, but I'm starting to circle back to half- or mostly-finished puzzles from 2020, and check all those indecipherable notes I've been leaving myself about new theme ideas. So I'll try and get back in the habit for 2021, at least one *something* a month. Today I've got a collab with Jesse Lansner!

The name of today's puzzle, "Reply Guys," is obviously taken from our fledgling tag team wrestling duo. We're terrible. But I'm glad we were able to add to the current trend of puzzles that started as fun, dumb ideas on Crossword Twitter, where a crowdsource or joke can quickly turn into a surprisingly legit joint for The Blogs(TM).

#WomeninSTEM get a lot of “Reply Guys” who repeat the same unhelpful comments.@shrewshrew and I (a woman & a man in science) have attempted to catalog those replies, to save us all the trouble of writing new responses every time.

The idea for this one got bounced around a year and a half ago.  For an idea of the timeline, we had a themer set within hours, a grid for the themers within days, and then *checks notes* 8 months to fill the grid?!  Okay, it's possible we put this one on the back-back-back-back-burner.  But hopefully the end result is better because we took our time!  We split responsibilities on filling the (over-sized) grid and on cluing, so the end result should be a pretty good blend of our styles.  And without a deadline, we managed to squash some late-arising dupes and a couple gluey entries with a helper square that ONLY made us rejigger the literal central core of the grid.  Easy peasy!

Make sure to let us know "Thanks, I hate it" in the comments and on Twitter! 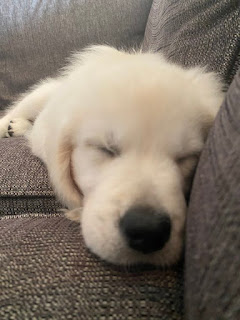 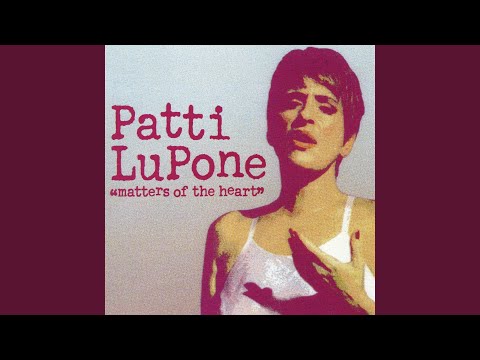